The classic silk damask is a fabric with a warp and weft of identical color, in which, however, the design stands out noticeably from the background by contrast of shine. The final product is enchanting because the fabric becomes two straight ie without the wrong side!

China was the first country to introduce ornamental motifs in fabrics: the Chinese emperor Wendi of the Sui dynasty had owned a damask dress since the fifth century. Over time, damask began to be produced in India, Persia, Syria and Byzantine Greece. Towards the sec. XII, the city of Damascus surpassed all the other countries so much for its beauty and originality of designs, that its silk fabrics were sought everywhere. And, from the heart of the Middle East it was sold in Europe. The West impressed by the high quality and value made it ceremonial, priestly clothes and used it in the furnishing of churches, palaces and royal residences.

Today, with its regal charm, damask is widely used in fashion and in the furnishing of luxury interiors. We like it very much in pastel shades, mixed with fabrics similar in color, but different in texture and composition and combined with golden finishes and shellac. 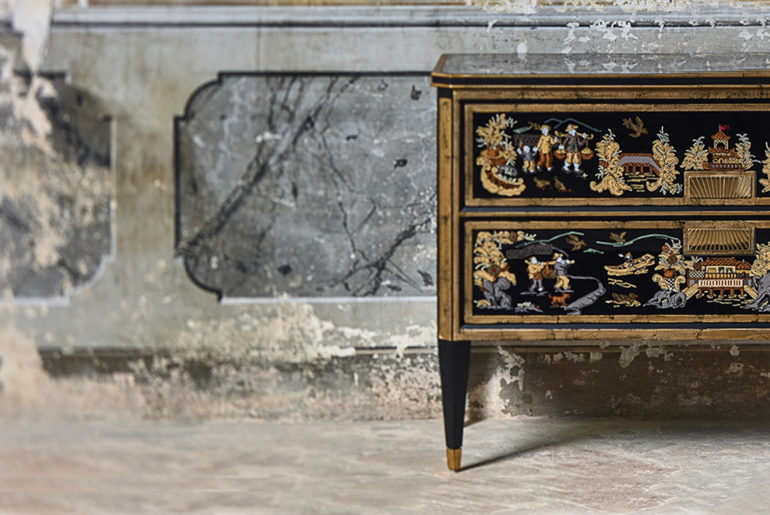 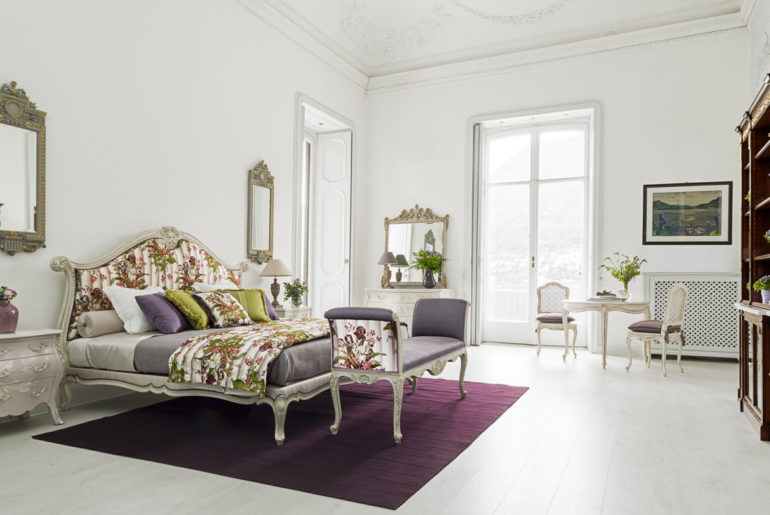 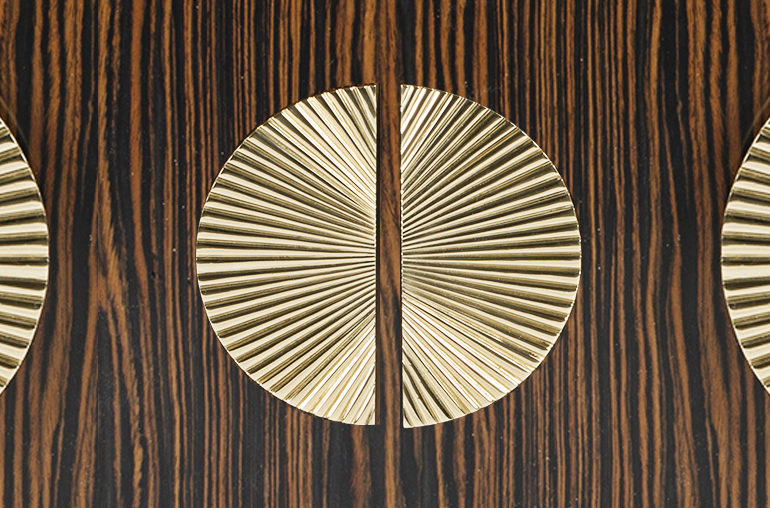